JM Coastal can provide a range of tools for modelling coastal defences to aid planning and investigate design conditions.

Coastal defences include natural topographic features and man-made structures and are essential in coastline management plans. They can prevent beach erosion and shoreline recession and reduce the potential for coastal flooding due to storm surges and wave overtopping. Defending the coast requires continuous manangement and planning due to the non-stationary envrionment of the land-sea boundary. Climate change, land subsidence, coastal erosion and developement will all change the requirement for protecting lives and infrastructure at the coast. Coastal defence plans are usually a compromise between cost, design stantard and aesthetics and it is often important to get the balance right to create a structure that works throughout its lifetime. Coastal defence modelling is a complex but useful tool for making imformed coastal defence plans. 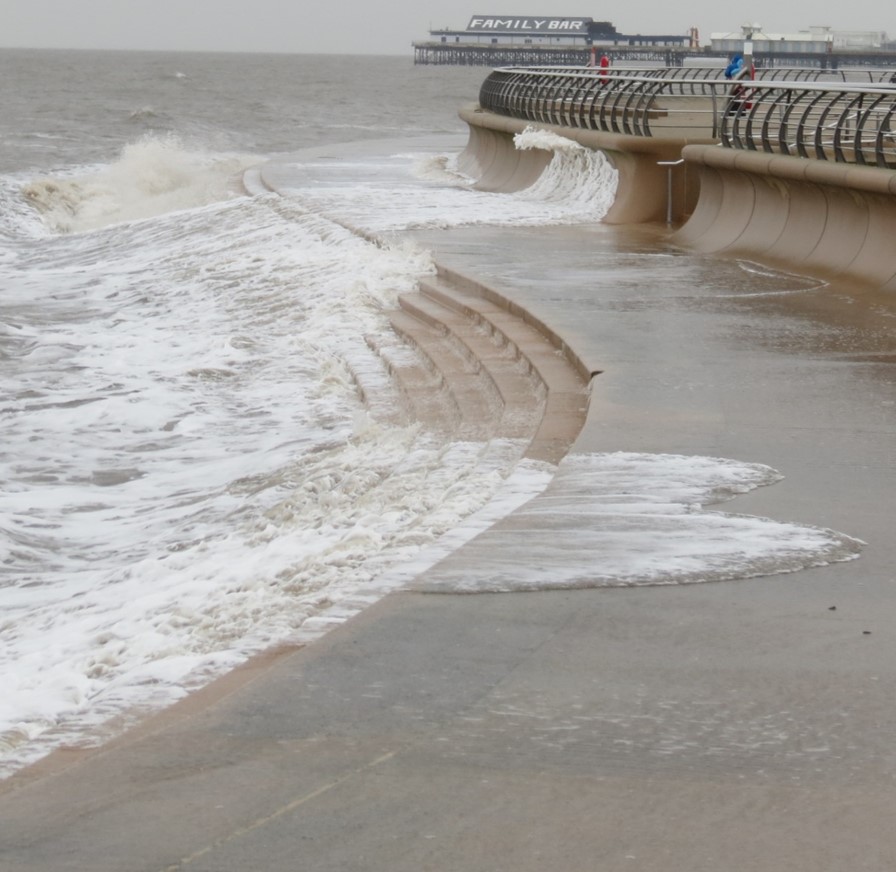 Modelling coastal defences often requires a coupled modelling approach to simulate the conditions at the defence. For example, large offshore waves may not necessarily present a coastal flood risk due to overtopping. However, when combined with high tidal levels due to storm surge, reduced depth-limited wave breaking will increase the potential for wave overtopping at a coastal defence. The design height of coastal flood defences often depends on a certain return period of the water levels and the wave height, and often requires a joint probability approach. The combined wave and water height for a given return period can be used to model the subsequent inundation and determine the potential consequences. Read more about simulating coastal flooding due to the joint probability of waves and water levels here.

In some instances, extreme coastal flooding may occur despite an adequate defence design level due to defence failure or breaching which can occur due to wave attack or extreme overflow. The timing and growth of the breach and the subsequent inundation can be simulated using models such as TELEMAC-2D (see Modelling dike breaching using TELEMAC-2D - A December 2013 case study). 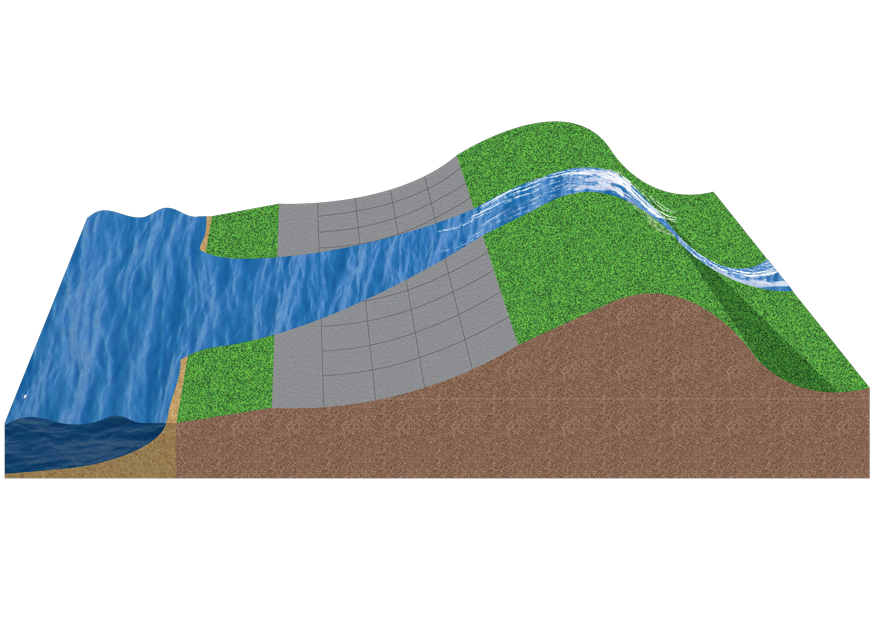 One of the main considerations in coastal defence design is often the prevention or reducion of wave overtopping. Thanks to a European wide initiative, and the collation of a large database, the Eurotop manual gives guidance on predicting wave overtopping discharges at coastal structures. Wave overtopping can be calculated due to a range of wave conditions and defence types such as dikes, sea walls and porous block or tetrapod structures. In terms of design, the manual offers guidelines on uncertainty and risk to people and infrastructure at different discharge thresholds. Our overtopping visualisation tool illustrates how the prediction of overtopping for different defence types can be used to simulate the subsequent inundation for certain wave and water level condtions.

PLEASE NOTE THE TOOL IS FOR DESKTOP ONLY.

To find out more about the coastal defence modelling studies that can be carried out please get in touch: john.maskell@jmcoastal.co.uk