Sedimentary features such as beaches, estuaries, sand flats and marshes are key components of the coastal environment. Their long term evolution is crucial to the stability of the coastal zone and the way humans and nature interact with it. They often exist in a long term dynamic equilibrium. However, changes due to human impact and climatic or weather-related events such as storms, can cause regime shifts that alter the shape of the land-sea boundary. Sediment transport modelling is a tool that allows better understanding of the morphological development of the coast and how it impacts nature and our activities.

Sediment transport models, such as Sisyphe from the Telemac suite, can be used to simulate sediment transport in a range of environments under various physical drivers and processes such as:

Sediment transport is often complex and requires a coupled approach to modelling the interaction between the hydrodynamics and the sediment. At the open coast, waves should often be coupled with simulated tide and wind-driven currents. This is because they are not only a driver of suspended load transport, but may also enhance the background currents and shear stress on the sea bed increasing the total sediment load. Representing the range of sediment grain size classes and the formation of bed forms such as ripples, are also important aspects to consider in a robust modelling approach.

Human activities, such as the dredging of navigation channels, construction of bridges and piers and offshore installations can all affect the flow regime and subsequent sediment transport.

Wind piles installed on the sea bed enhance the local flow at the base of the pile increasing the erosion or scour of sediment around the foundation and cabling so that scour protection measures are needed. The following visualisation is from a modelling study examining the scour at the base of three wind turbine piles.

The local flow field is dominated by the tidal currents but the study utilised a coupled approach between the tide and waves which increase the scour potential particularly during storm conditions. The bed evolution at each pile is non-uniform as the hydrodynamics are controlled by the local water depth which varies in the region. 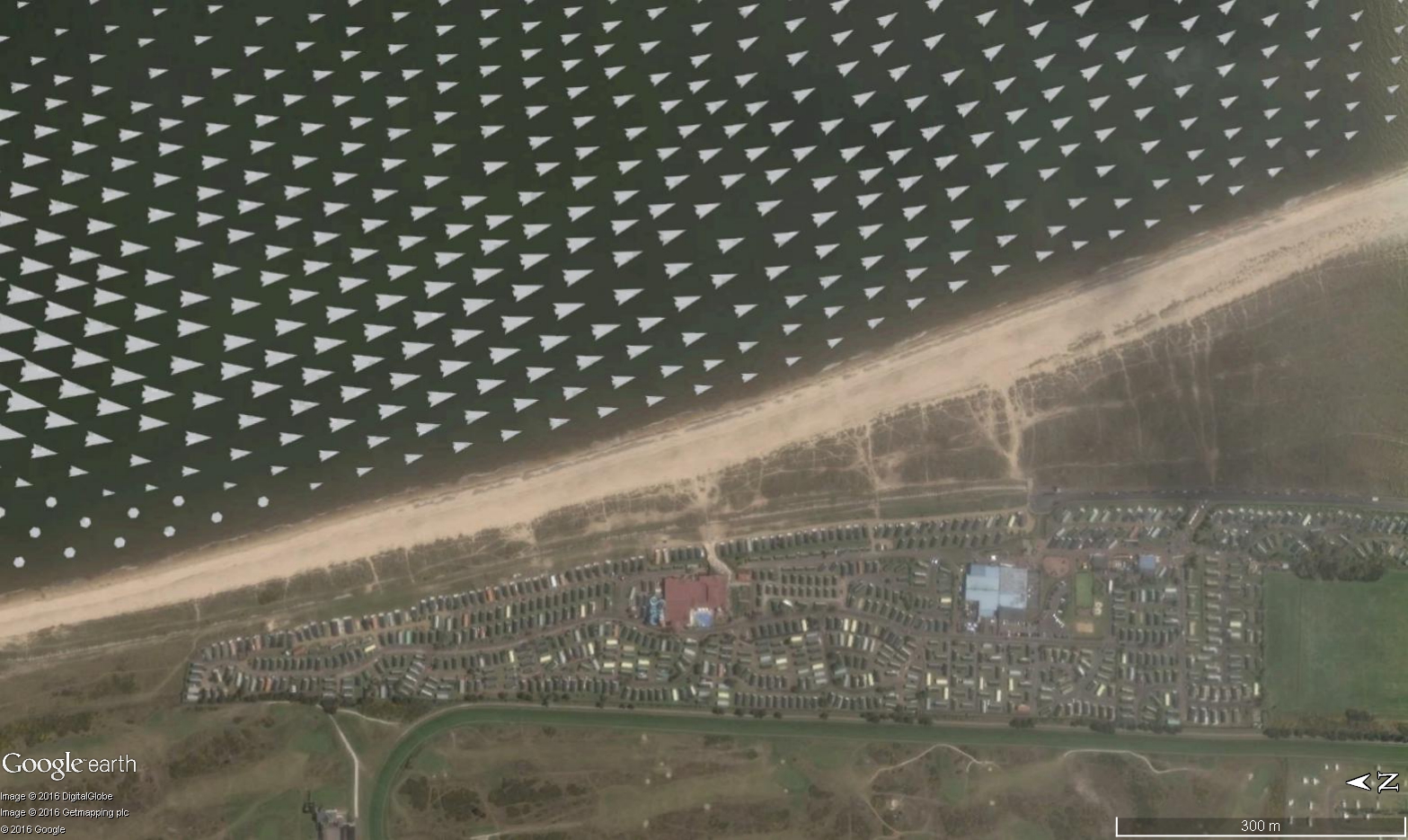 Longshore drift in some regions such as the Norfolk coast can cause beach erosion depending on the available sand budget. This can cause coastal cliffs to be more exposed to wave attack leading to increased recession or collapse. Residual flow vectors show that the tidal conditions and prevailing wave climate cause a north to south flow at some locations and an associated transport of sediment in this direction.

For more information on the sediment transport studies that can be carried out please get in touch: john.maskell@jmcoastal.co.uk